Are You a Road Rage Maniac?

The topic of road rage is one that most have experienced, whether on the receiving end of it or the giving end. Some people are not even aware of their road rage, which can end up disastrously. We will explore that a bit further in this blog. If I asked you how many people have experienced road rage, what would your percentage guess be? 50%, 60?

Well, according to Credit Donkey, 80% of drivers admit to experiencing road rage over any given year. And to make it even more interesting, the article says that millions express extreme road rage.

Why does road rage bring out such anger, aggressiveness, Violence from even the most seemingly quiet, non-assuming people regardless of age, gender, or size? People will switch from their meek, patient, peaceful demeanour to someone Satan would be jealous of.

But first, what is road rage? According to Wikipedia, Road Rage is defined as, “Road rage is aggressive or angry behaviour exhibited by a driver of a road vehicle. These behaviours include rude and offensive gestures, verbal insults, physical threats or dangerous driving methods targeted toward another driver”.

Road rage can take many forms, including someone merely giving you an angry look or gesture, to blocking lane changes or cutting someone off all the way up to Violence with a weapon. And that weapon might be the car, guns, knives, or anything in their vehicle at the time. 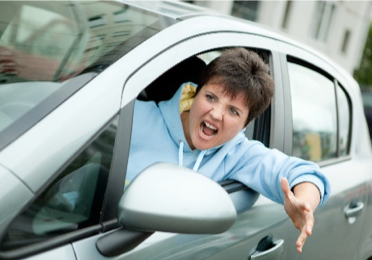 So why is road rage more unique to other scenarios we experience every day?

Think about it, on any average day, you are within feet of thousands of vehicles all moving at varying speeds, assuming they will all be alert and following the rules of the road 24/7. But think how many times you have come close to having an accident because you were distracted, not feeling well or due to weather conditions? I know myself just over a week ago I was on a major highway at 5:30am and did not see a patch of black ice which took me spinning across lanes into the centre median ditch. Thankfully it was early in the morning, and no other traffic was involved; otherwise, I could have been seriously injured or harmed others. See when it is our own fault, and no one else is concerned we do not generally get Violent or start yelling at ourselves. Or maybe some of you do lol!

But when you add another person who may or may not be to blame, it is much easier to explode, but that explosion could end horribly. Road rage has many parallels to the Violence Prevention and Self Defense material we teach. As we always say, Self Defense begins with the Self. If you can’t control your own emotions, how do you expect to deal with someone else who may also not be in control of their feelings? Yes, easy to say, I know, but really that is where it starts. I have a revolutionary idea. How about if you are at fault where maybe you did cut someone off in traffic by accident, or you got a bit too close to someone, and they are yelling from their car at yours, you offer the body language of and even say, “I am sorry.” It might sound crazy, but it does work because you are acknowledging what they are upset about and taking accountability for it. For most people, the conflict ends right there, and you go about your day.

Next, you have the aggressive driver on the highway putting many lives at risk, so how might you handle that? Take, for example, this video, 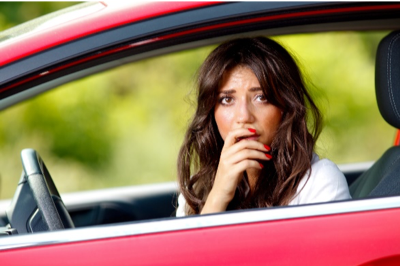 Now it may be evident that the guy in the truck is out of control and hazardous to other traffic. The people in the car call 911, which I have no issue with. But many people, when they video an incident like this, make sure the road rager sees the camera thinking they will stop their dangerous behaviour. Still, often, it has the opposite result as they now feel challenged and threatened, becoming even more of a threat to others on the road. Then the guy in the car yells they have a baby on board thinking the guy will instantly stop driving like a maniac and go, “Wow, you have a baby on board, my apologies sir, I will stop now!” You are asking someone in a very heightened stage of anger, aggression, and Violent mindset to reason. They may also be drug-induced at the time, taking away any rational thinking. I have no statistic of proof, but 99% of the time, in my opinion, we are nuts to think using reason will work in a scenario like this.

In the end, as the video fades out, you hear the driver of the car tell his passenger to get him his gun. Now, who knows what could have happened if the scenario went further. Now, I wrote a lot about what the witnesses to the incident were maybe in the wrong. No, they are not in the “wrong,” but I worry that they have put their safety at risk, with the baby in the car when they could have handled it better cause it is their safety and other innocent people I am concerned about. The guy in the truck deserves to be arrested and thrown in jail. As I said, calling 911 was a great idea; just maintain a safe distance behind where he does not see you making the call. Or once you have made the call, is there an exit you can safely take completely taking you away from the risk. You have made the call; you have done your job. Every scenario is unique, and there are no definite answers to how and what someone should do. My biggest concern is how often I see people use their phone as a tool they think will stop the threat by showing it to them as if they will come to their senses and stop. Your ultimate responsibility is first and foremost to your baby and other loved ones. Next comes the general population, but once you have made the call leave it to the police to handle it.

I love this explanation, Neurologist Paul MacLean proposes that the human mind is the combination of three brains, one of which is known as the reptilian brain and is similar to the brain found in reptiles. This part of the human mind, which consists of the brainstem and cerebellum, is responsible for our sense of survival and the fight-or-flight reaction we have to fear and stress. Road-rage incidents stem from the stimulation of the reptilian mind — a driver experiencing road rage feels threatened and responds aggressively to ensure survival. MacLean states that the reptilian brain is inflexible, compulsive, ritualistic and incapable of learning from previous experience [source: Kheper].

Often people will ask if confronted, should they get out of their car or stay in the car if someone aggressively gets out of theirs and approaches. As always, I say, “maybe or maybe not.” That answer is not a cop-out, it depends on all the variables of the situation. What might be smart to do one day in a road rage scenario might be stupid to do in another. Here are just a few variables to consider.

Countless variables can affect what your best decision might be. And the fact that it might all happen so quickly can have a drastic effect on your decision making.

See in the first video, it appears staying in the car was the safest decision, but what if the window had been broken, is he a sitting duck? Or maybe the driver has a gun he could have pulled. So many variables and what scares me most is when we have our loved ones in the car with us, and we make decisions based out of ego, aggressiveness, anger, or the “I will teach him a lesson” attitude.

Goal number one is to get home safely to your family, that simple. Now, how you do that is open to interpretation. What I hope people get out of this blog is to think about your past, how you have reacted, and where you might be able to improve your chances of survival if you encounter road rage in the future. Or, more importantly, to think how you instantly react when you feel you have been cut off, disrespected or challenged on the road. Think about what you might lose in your life by flying off the handle. Is it worth it? As I have always taught, “if we could all see a few seconds in the future, how many different decisions, might we have all made?”

If you have enjoyed this blog or have a different opinion, please comment or share. For more Violence Prevention education look through our site at www.safe101.education