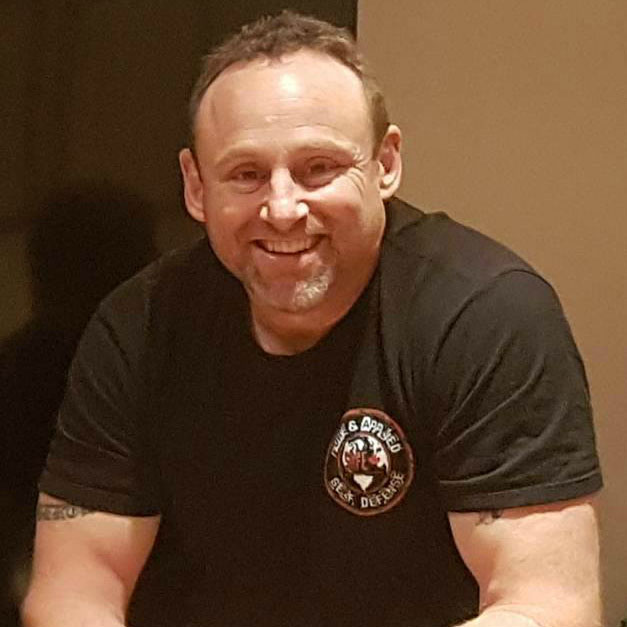 Chris Roberts is the Founder of SAFE International. Chris has been married for more than 30 years and has two grown kids. He is also the Grandfather of two amazing little girls who refer to him as “Grampy” or “Guy.”

Chris launched SAFE in 1994 in front of a class of 20 students in Ontario, Canada. SAFE has now expanded to having taught more than 250,000 people. What began as a new business venture, he thought, has now become a lifelong mission and obsession to help others learn how to recognize and avoid Violence.

Chris designed the SAFE Violence Prevention programs to be accessible to everyone despite age, gender, physical or mental limitations, or profession, he believes that those who need it most are those he wanted to help. Through working with some fantastic instructors, SAFE has expanded its mission into several countries and continues to research and provide the most Honest, Memorable, & Effective training! 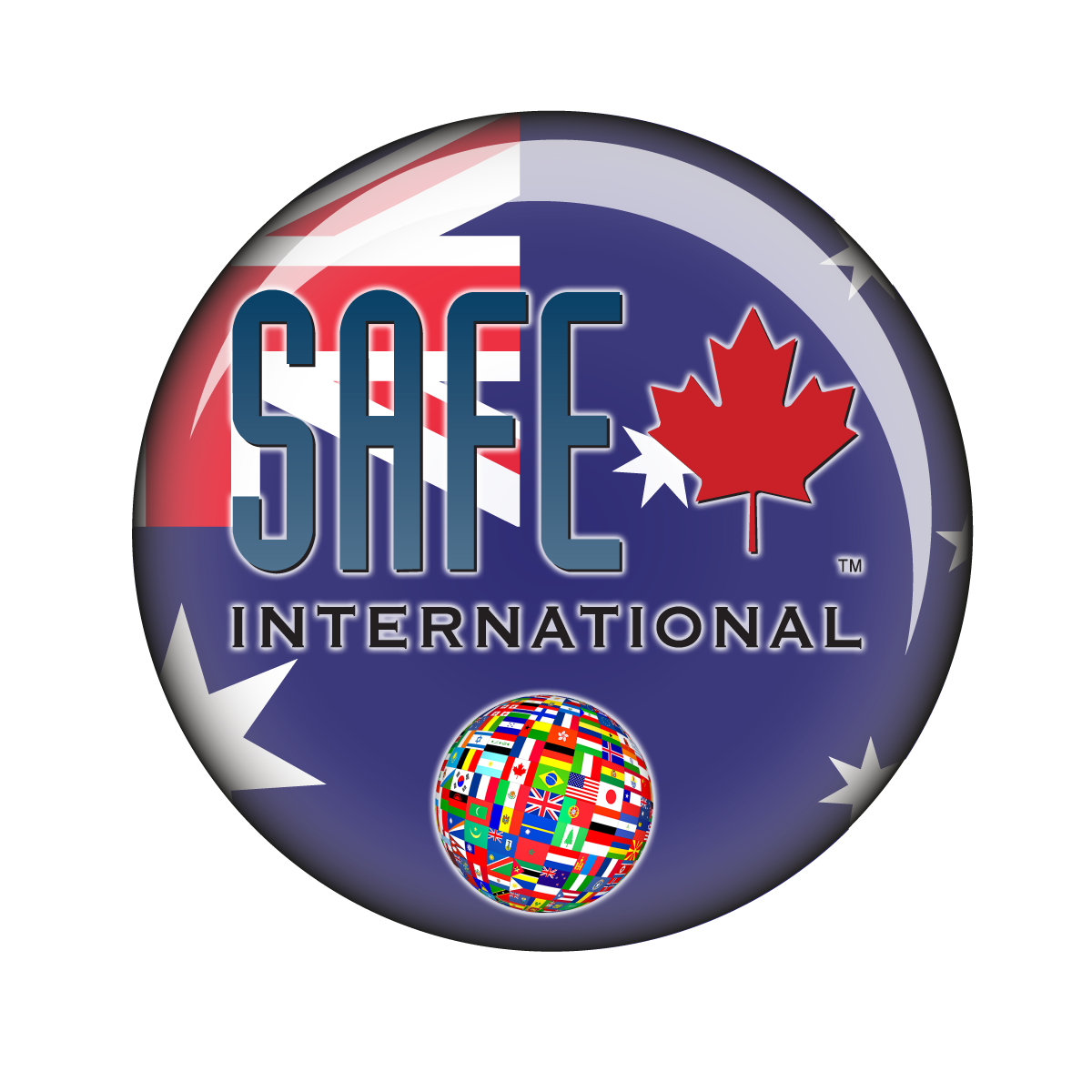 Jeff Phillips is first and foremost a father of 2 amazing children and husband of 20 years.  Jeff is a Violence Prevention Specialist as well as the Managing Director for SAFE International Sydney, Australia.  Jeff has more than 20 years of experience in educating people in the realities of Violence and how to recognize, avoid, and manage it, whether he is teaching individuals, families, schools or corporations.

Jeff began his journey into Violence Prevention after having worked in professions where Violence was a daily occurrence.  Jeff shares the SAFE International directive that Violence Prevention training must be Honest, Memorable, and Effective… and tested, not just theoretical. He also believes it critical that such education meets ethical, moral and legal applications. 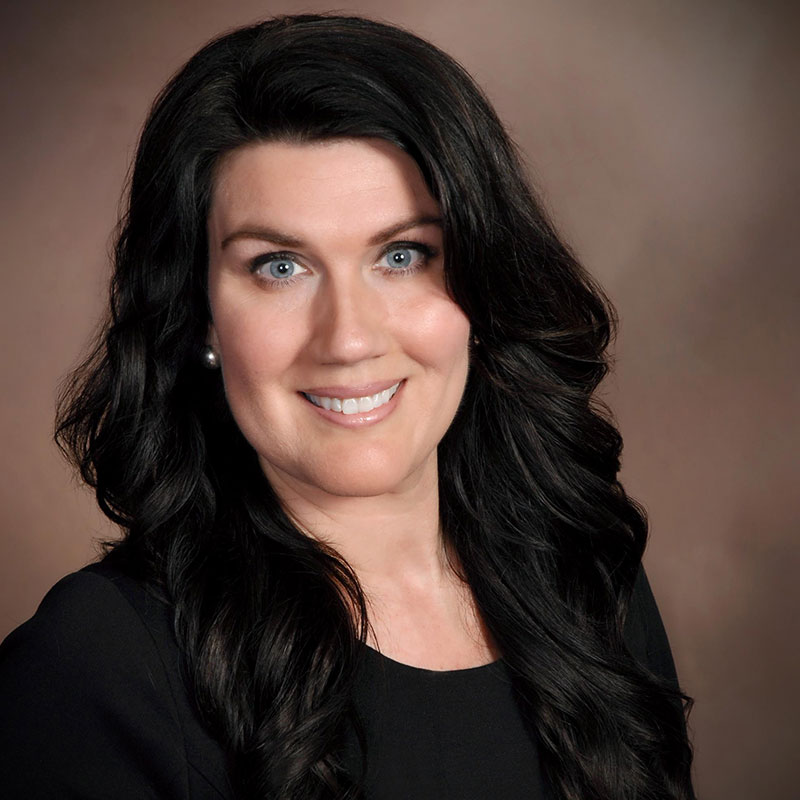 A professional safety instructor who empowers people to take responsibility for their own safety and protection. Malissa holds multiple certifications (ALICE-Active Shooter Emergency Response Instructor, NRA Refuse To Be A Victim, Personal Protection Inside the Home, Basic Pistol Instructor, USCCA Certified Instructor) and uses her passion to teach ways to avoid and mitigate violence as well as defend/protect oneself and family.

Malissa created her self defense business in 2016 to give all her trainees the same confidence that she has in a threatening situation or when facing a violent intruder. Her confidence comes from a mindset of awareness, mental preparation, physical practice, possession and knowledge of specific tools and a habit of caution. Malissa takes special pride in empowering women to be self reliant in their ability to defend themselves.

Malissa has found that all to often people, especially women, say that they do not know what they would do if they found themselves in a threatening situation. Malissa is changing that mindset! She is passionate about teaching simple ways to better protect individuals, families, schools, businesses and organizations.

Malissa likes to have fun in her trainings as well as in her downtime. After working with Bill for three years she is now telling Bill’s jokes when he is not around to tell them himself. She prides herself in her part of the growth and development in others.

ill Stedman has been with SAFE International for seven years while also working as a career firefighter and paramedic for the past 23 years. Bill is married and the proud father of one amazing daughter.

Bill believes we should be as proactive with violence prevention/education as we are with fire prevention. We hope to see fewer victims with the violence prevention training we offer.  Empowering individuals with potentially life-saving information is essential.

Bill has been a board member with the Wisconsin Coalition Against Sexual Assaults since 2018.

In his spare time, Bill likes to hang out with family, play with his Pug Penny and keep in shape with functional fitness.  Oh, and Bill has been known to cheer for the Milwaukee Bucks! 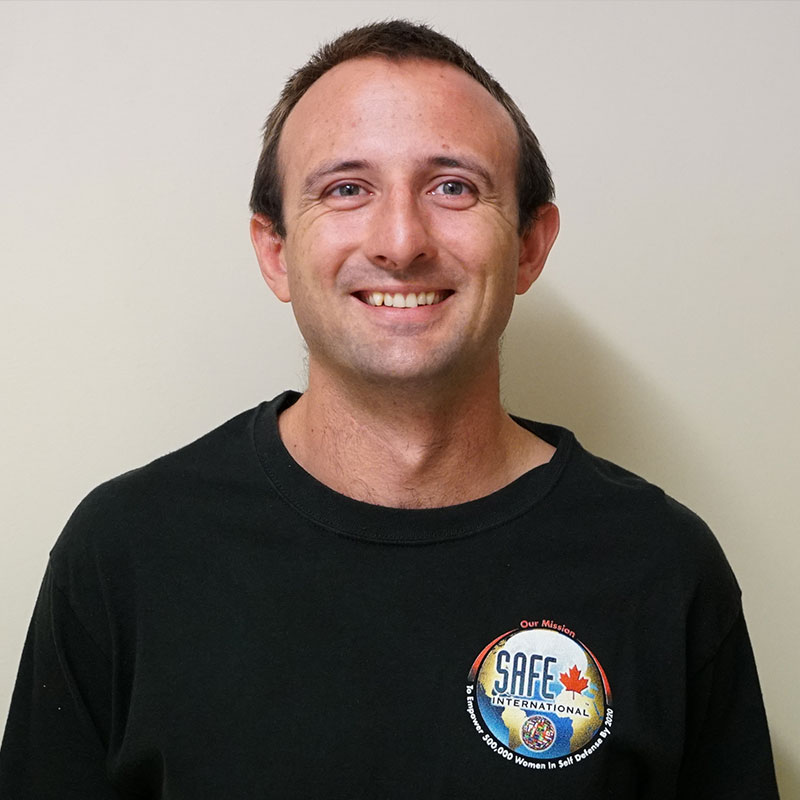 Julian McQuade is a father of one living in Perth after moving from a rural part of Western Australia and has run SAFE International Perth since 2017. Julian has been teaching and sharing his experiences as an Instructor since 2013 by using real-life experiences to convey the human nature of self-defence and how to avoid and identify hazardous situations. After training in traditional martial arts, sports styles and different combative systems since 2003, Julian has a passion for ethical and legal use of force. He has a very practice what you preach approach. Julian holds a current working with children’s license, as well as qualifications in training and assessing and an Australian government security clearance. In his off time, he can be found with his family camping, rock climbing, managing his collection of chilli plants and watching his hairline recede with age. 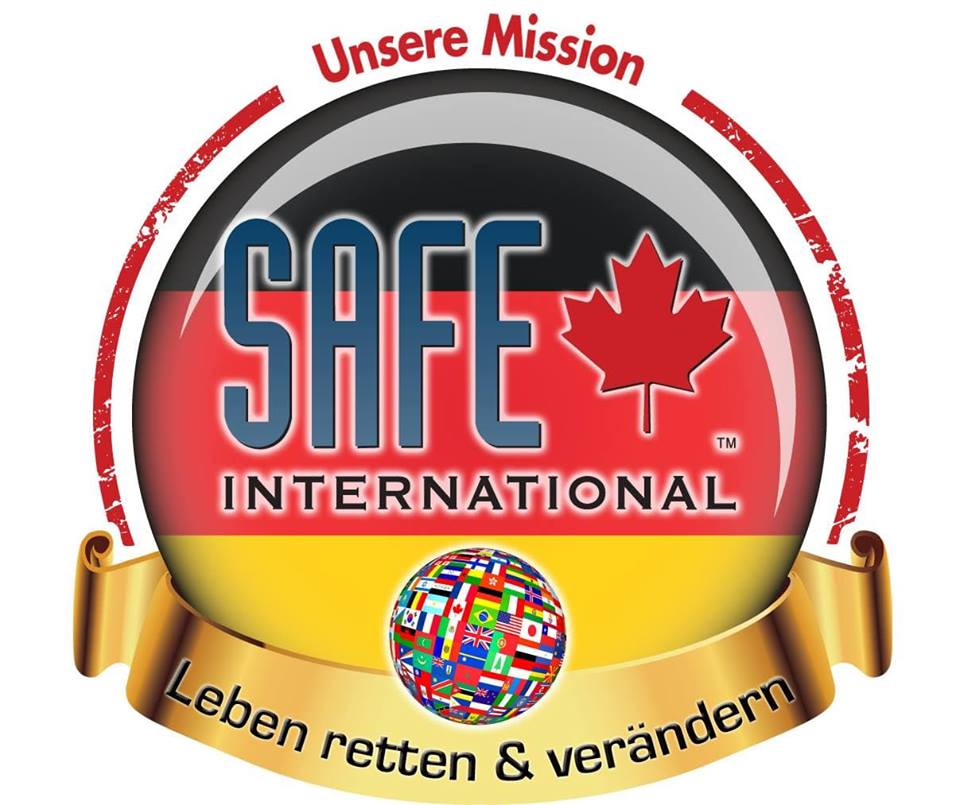 Thorsten Bruchhäuser is married, and a father of one daughter. He is living in Karlsruhe, Germany and has run SAFE International Germany since January 2018.

Thorsten has been teaching and sharing his experiences as an Instructor for self defence since 2015 After training in Ju-Jutsu, Tae-Kwon Do and Kickboxing for more than 10 years, he took a break from martials art for roughly 20 years until he started training Krav Maga in early 2009. Thorsten has qualifications in Violence prevention, conflict management and female training.

In his off time, he enjoys running, long walks with his Bernaise Mountain Dog and sitting together eating and drinking with the Greek Part of his Wife’s family 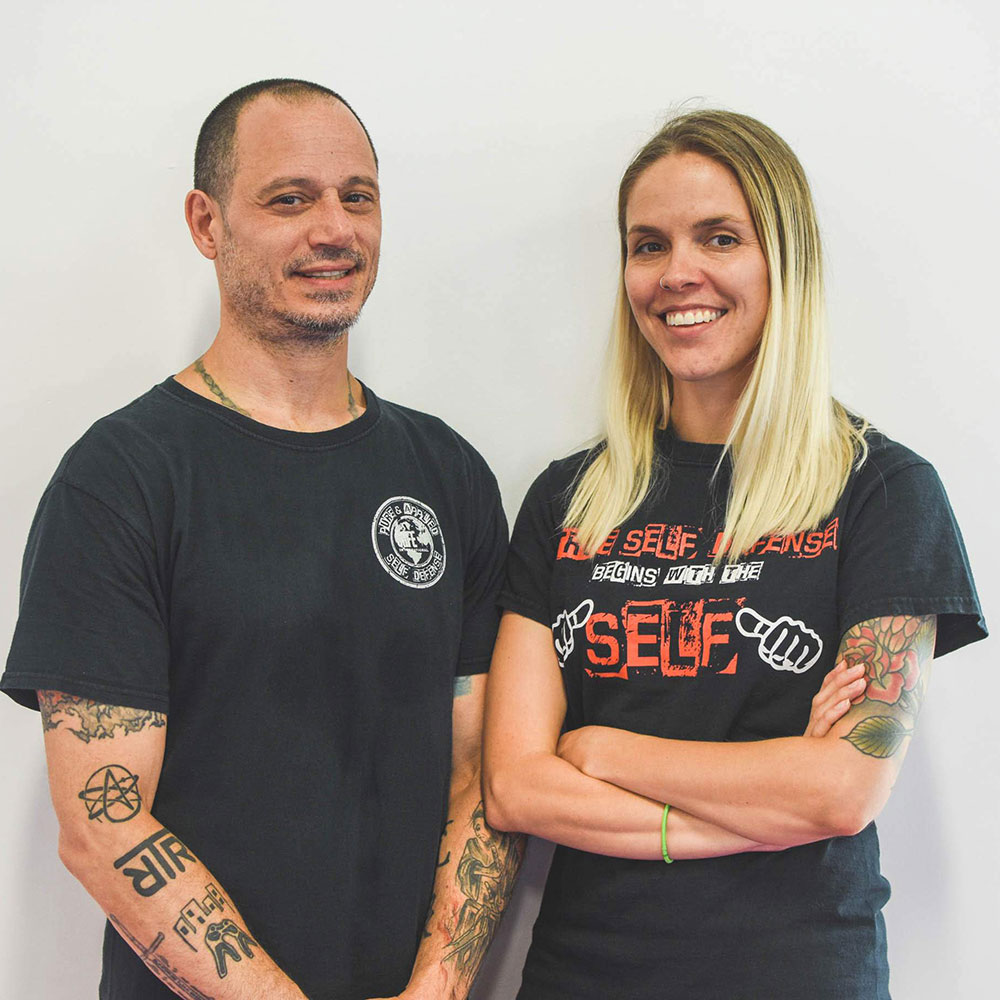 Born in 1969, Richard Dimitri began his martial arts training in 1975. By the age of 21 he’d acquired instructor certifications and black belts in several forms of martial arts, combative, and self defense disciplines which lead him into various careers that spanned over 2 decades in the fields of private, public and corporate security, surveillance, countersurveillance, bodyguarding for high profile clients in Canada, the US, Europe and Mexico.

THE BIRTH OF SENSHIDO INTERNATIONAL

Backed by unswerving research into the psychology of violence along with his training and experience, Rich formulated his own method of self-protection called Senshido International, a street-smart self defense system predicated on human behaviour in relation to the psychology of both social and anti-social violence.  In 1994, he opened his first public school in the heart of downtown Montreal, Canada and by 1999 Richard secured himself as one of the top and most sought out violence prevention, personal protection and defense tactics experts in the world today.

WHO HE’S WORKED WITH

A list of some of his prestigious clients include the British Special Forces, the Finland Presidential Security Team, SWAT and Counter Terrorist Units, CTR High Risk Investigations & Security UK, the Mexico City Chapter of the Guardian Angels, The Montreal Royal Regiment as well as International Women’s movements Girls Gone Gorgeous (Los Angeles California), the Association for Women’s Total Advancement & Development and the Association for the Development and Enhancement of Women (ADEW, Cairo Egypt) along with men, women and children from all walks of life in 22 countries since 1991.

Referred to as one of the top 20 toughest fighter’s on planet earth in the April 2006 issue of Black Belt magazine, and inducted into the National Registry of “Who’s Who” Business directory for outstanding business practice in 2002, 2003, 2005 and 2006; Richard was also a member of the former American Society of Law Enforcement Trainers, released over 30 instructional DVDs and self-published several books including 2 fictional pieces loosely based on his past and his best seller ‘In Total Defense of the Self’ which was dubbed as “One of the best books ever written on self defense” by Black Belt Magazine’s contributing editor, Mr. Lito Angeles.

Richard is the Chief Architect at Studio Violentiam, focusing strictly on research, development and teaching a series of specialized Masterclasses detailing every aspects of violence prevention and defense tactics to bring a deeper understanding and awareness on the subject matter for:

– Those concerned or at risk or who simply want the confidence and insurance that the feelings of genuine safety and personal security bring.

– Anyone who has been previously victimized by another and wants to ensure the fact that they will never let it happen again, by anyone.

–  Those who want to implement the information and training methods into their curriculums, courses, classes, workshops, lectures, seminars etc.

– Anyone who desires to make their immediate environment a safer, more communal one.

Born in 1979, Pamela Armitage grew up in the dance and modeling industry in Red Deer and Calgary, Alberta. She began teaching ballet and jazz at 16 years old as a teacher assistant first and on her own by the age of 18. Along with various dance and baton clubs, she was a long-time instructor with Chairtease Dance studios in Red Deer. In 1999, she was hired by Mode Models to lend her experience to the talent and new model development divisions, teaching new girls the ropes of the industry. This experience in both the dance and modeling world, provided Pam with deep insights on the victimization that sadly occurs in both industries and the aftermath of.

After her sister’s revelation of being sexually assaulted 3 times throughout her life starting at the age of 11, along with watching her being bullied from Jr. High to High school, Pam’s sister’s childhood and accumulated traumas lead her to an unfortunate early demise at 33, at the hands of heroin addiction.

In 2012 violence unfortunately struck Pam’s backyard and after one of her close friends was brutally raped, she began searching for self defense courses as she didn’t want to become a statistic herself and to ensure that no other females she would and could reach from here on end would either.

Pam was overwhelmed by the sheer volume and vast differences in what proposed to be self defense programs out there. None of which covered any precontact aspects beyond the point of basic lip service nor had any made any attempts to understand the attacker’s mentality, a potential individual’s pre-existing trauma, what constitutes a victim in a predators eyes or anything remotely close within their programs.

All except for one she was referred to by online, Richard Dimitri’s self defense services, with no fancy names, no harsh dark logos of skulls or Spartans or fists with brass knuckles, no; Richard’s logo is a dove and he was talking about human behaviour in relation to the psychology of both social and anti-social violence, predatorial mind sets, what sets apart good people having bad days and potential violent offenders.

Pam is the Chief Impact Officer at Studio Violentiam and is certified by both Richard Dimitri’s Self Defense Services and Safe International, a company both Pam and Mr. Dimitri teach for on contract and is presently an internationally reputed violence prevention educator.

She is also a RYT200 Certified Yoga Teacher with a special focus on Trauma Sensitive Yoga continuing her research and development into trauma and its effects. Since 2015 she works with sufferers of Trauma, such as PTSD, victims of sexual assault and addicts. “I witnessed firsthand through the hell my younger sister and many friends went through what Trauma can do to us. This became a passion and purpose; understanding Trauma, how to prevent it, how to acknowledge it and heal from it.

“I believe Trauma is a silent epidemic and is a root cause to many societal issues like addictions, abuse, domestic violence, anti-social behaviour and many mental illnesses and other diseases. To know that I am giving people the knowledge and tools to prevent and protect them from violence and to bring a sense of self awareness and healing is a beautiful feeling. Empowering young girls, women and others deemed vulnerable in society is important work and I am grateful I get to be a part of something so important!” 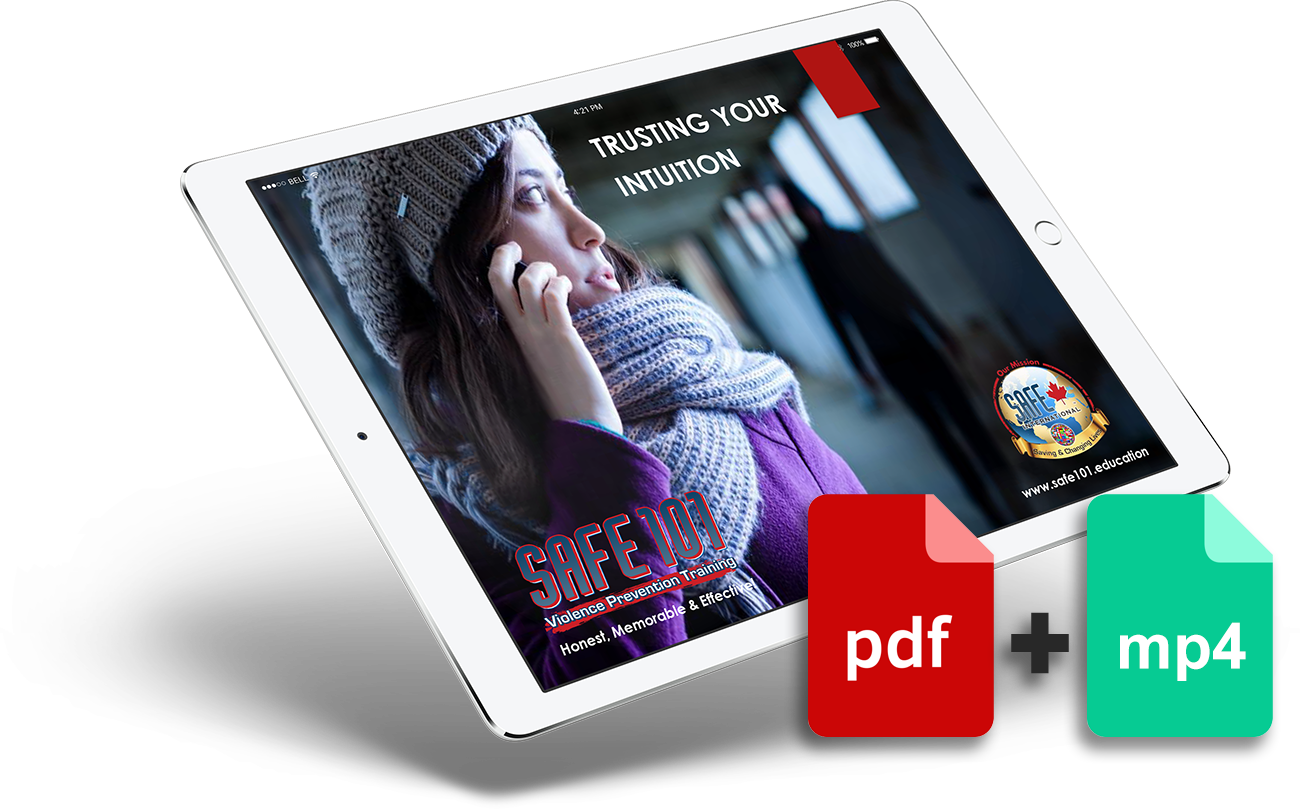