Warning: Never Say These 3 Things in Any Conflict

Most people engage in some form of conflict every day.  I don’t mean a conflict that will result in Violence necessarily, but anywhere from a disagreement with a loved one, to someone at work, to the worst case of a scenario of possible Violence.  Now sadly, the worst-case scenario, often, is going to take place in the home with a supposed loved one.

For now, let’s focus on social Violence.  What is social Violence? I like to look at it from the perspective of you are going about your day, and you find yourself thrust into some form of conflict with another person.  That person may feel you have wronged them in some way or another.  Perhaps they accuse you of cutting them off in traffic, having bumped into them on the sidewalk, or spilling their drink.  It may just involve yourself, or it may include others.  Let’s keep it simple for this blog post.  Imagine you left your home that morning without any intention of finding yourself face to face with someone else who is not happy, and they have an issue with you.

Here are three things you should never say in any conflict as they serve no purpose in ending the conflict! That is if your real intention is to avoid or stop the conflict. 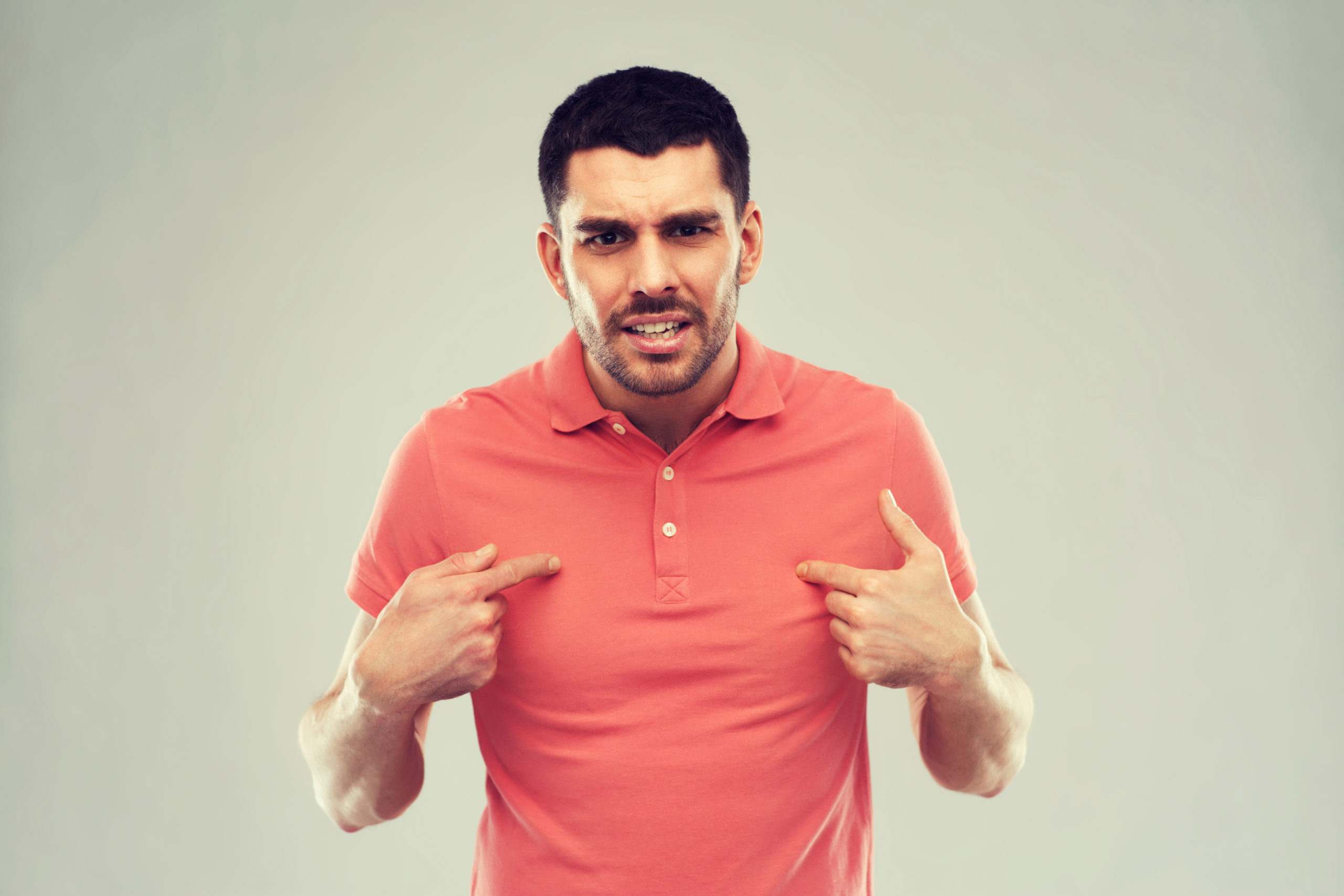 Now on the surface, most people might think, but I am asking them what their problem is, is that not productive in resolving conflict?  Yes, but have you ever asked that question without some level of sarcasm or aggression?  Just think of the last time you asked that question of someone in a conflict?  Did you ask it with sincerity or with no real care for what their problem was?  Yes, the words are essential, but more important is how your body language looks and does it match the words and their tone?  Here is a picture that I feel captures how many people look and feel when using that question.

Does this guy look like he cares what your problem might be or is he immediately challenging the person?  From the outset, this type of reaction has little to no chance of resolving conflict.  You will typically see an escalation in the confrontation if approached in this manner.  In the excellent book “Verbal Judo, The Gentle Art of Persuasion” by George J. Thompson and Jerry B. Jenkins, they make mention that when you respond with, “What’s Your Problem,” you immediately turn the scenario into me versus you battle.  Expect defensiveness with a reply like that.  You will see it in their body language.  See, body language goes both ways, so understanding yours is as critical as reading theirs.

Being reactive often does not end well for most of us.  I wonder how many of us if we could see a few seconds into the future, might choose different words if we knew the result?  Even crazier to me is how many seeing those results would still not change their caveman, chest-thumping approach thinking anyone who does not agree with them is a threat!  The threat is yourself and speaking the first words on your mind rather than thinking about what conflict could cost you.  In social Violence, it is often elementary to de-escalate the scenario, if you CHOOSE to. 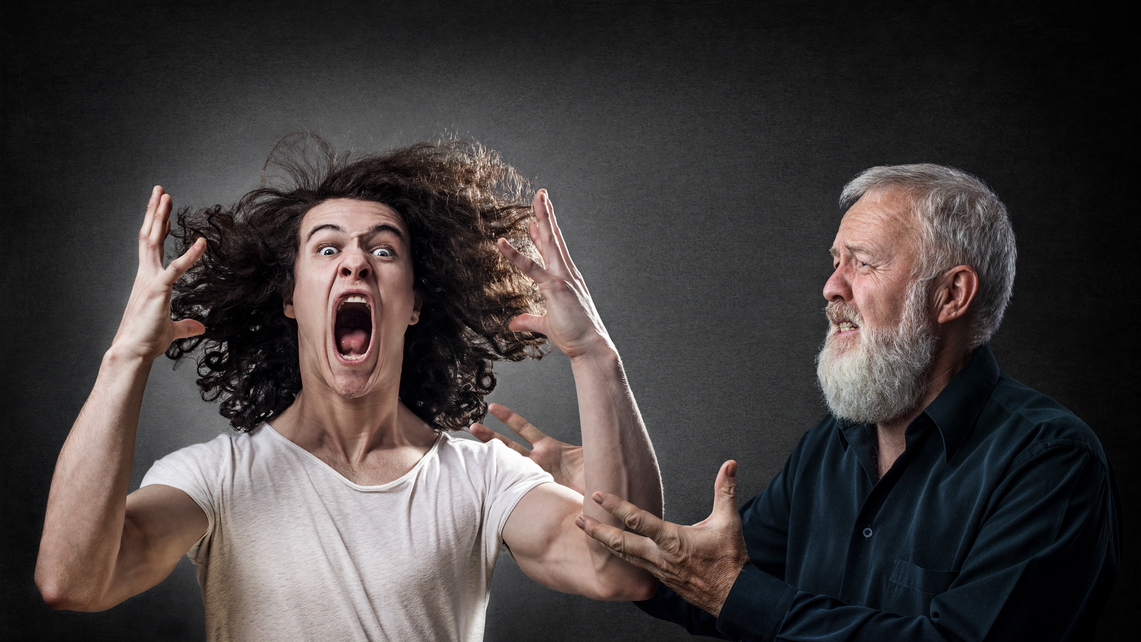 This one we have spoken about many times and is always part of our Violence Prevention training courses because it is such a prominent response in any conflict.  And despite it rarely calming down the person, people continue to say it.  Telling someone to “Calm Down” rarely, if ever, garners the desired result.  Have you ever noticed, but the person saying “Calm Down” typically shouts it or says in an opposite to calm manner?  How well does that work with our loved ones when we are in a heated discussion with them? Amazing how we see it not working with our loved ones, but somehow think it might work with a stranger who is already in a heightened state of aggression.  So why do people continue to use it as part of the ill-thought-out verbal de-escalation strategies? People consider it de-escalation because you are telling the other person that if they are calm, the situation will resolve.  Sure, if both parties are peaceful, there is a much higher chance of resolution, but you TELLING them to calm down is not going to be received with gracious acceptance. Do you like to be told what to do, especially by a stranger?  And most often, when one tells another person to Calm Down, there is a touch of sarcasm to it, which is heard in words, but again mainly seen in the body language of the person delivering the message.

Did you notice the bonus words I also put in the #2 heading?  Yes, “Hey, Buddy.”  In conflict, you often hear expressions like that or other synonyms like “Pal” or “Brother.”  Once again, I am not a fan of expressions like this because often, you will get a reply like, “I am not your Brother!”  And in my experience, the person saying it, again, is saying it with a level of sarcasm that is not going to help them de-escalate anything. 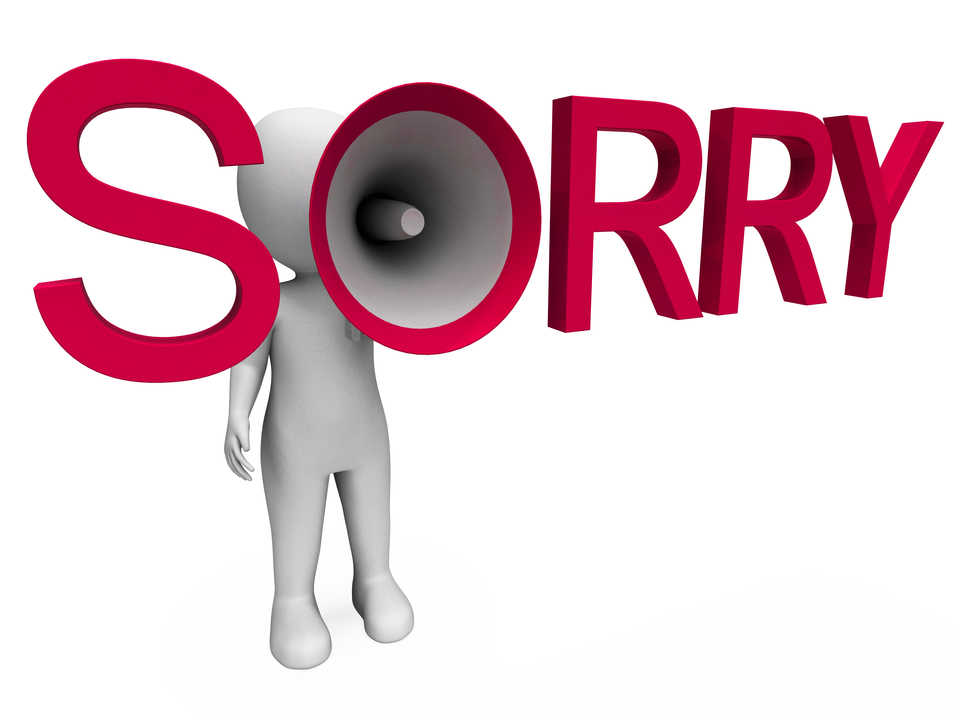 I don’t care what conflict might be about, but if you immediately say you did not do what they are accusing you of, do not expect them to say, “Oh, okay, sorry I thought you did do it!”  Now in social Violence, you may have or have not done what they are accusing you of.  How about if you did do what they accuse of you doing, say SORRY!!!! Wow, what a concept!  Yes, apologize.  If they have an issue, they accuse you, and you did it, say, “I am sorry!”  Bam, most of the time, the conflict is over, done, stopped in its tracks!

What amazes me how many people know they are guilty of some action, but their ego still can’t admit to it.  Violence loves idiots like this as it sets up much of the senseless Violence, we see every day in the news.

So, what should you say?  I will save that for another blog post as I wanted to only focus on three of the things you should never say in a conflict.