When Your Child Is Being Bullied?

After finding this story I am going to write about in my SAFE 101 Blog, I find myself conflicted regarding the statement, “But, you are an adult, you can’t behave like that”! What do you do,

“When Your Child is Being Bullied”

But as I have taught in self-defense and violence prevention at SAFE International for the past 25 years, context is everything.  If you were to just watch the video in this blog without understanding the full story, your immediate thought might be to throw the guy in jail for attacking a child.  Okay, a teen, but still a child compared to the adult. But if you bring in the details of the story, you might form a strong opinion in the other direction.

Time for honesty from a person who has taught self-defense, personal safety, and conflict resolution since 1994.  I teach these topics and how others should react, but also know bullying, when it involves your child or now my granddaughters as they get older is one that would test my limits.  Would my experience teaching how others should react shine through or might I react as this father did? And I wonder other parents, grandparents, and loved one’s others might respond if faced with a similar situation.  I understand how a child may be pushed too far and lash out on their bully, or sadly, more often take it out on themselves in an often-tragic ending. But I also understand how the parent may reach their boiling point and deal with it in a less than optimal way.

The video I want you to watch is one that brings up many questions.

It is a story I found on 60 Minutes Australia titled,

“Striking a nerve – the father who attacked his daughter’s alleged bully.”

First, here is a brief clip of the incident. It is the story of Mark Bladen, whose daughter was being bullied and how he confronted the bully in person.

Later I will post the full 60 Minutes Australia link, which I encourage you to watch.

Should a parent handle the bullying of their child like this?   NO, never, but look at my next answer.

How well do you know yourself if you were face to face with your child’s bully? Can you see yourself reacting like he did or could remain calm? I would not want to put myself to this test as there is a 50/50 chance I would fail. 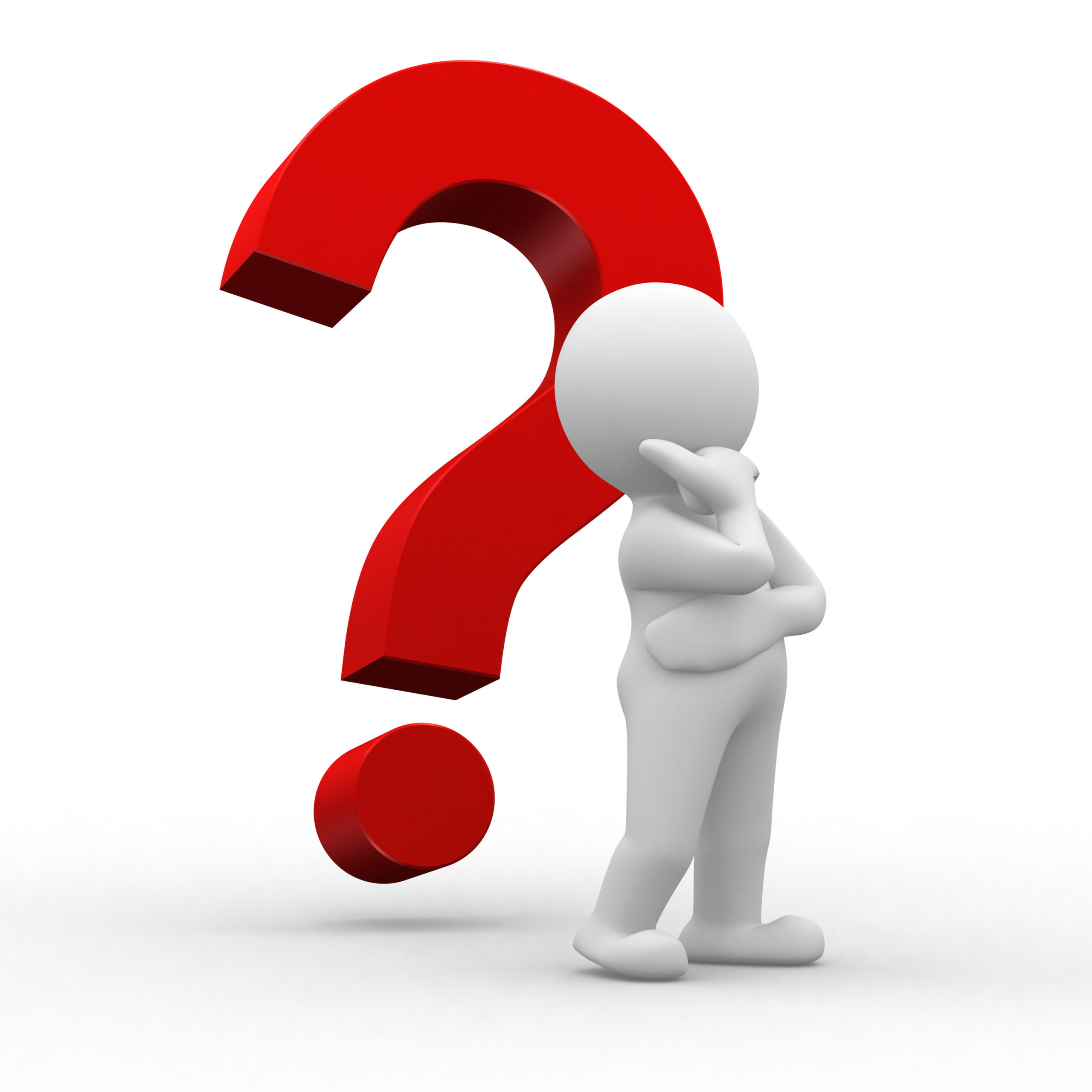 Mark explains in the full video how he wanted to give the alleged bully a good old-fashioned talking to hoping his warning would stop the boy from bullying his daughter.  You see him standing very close to the boy in an intimidating manner, but you also see the boy looking nonchalant. The critical moment where I feel any of us as a parent or grandparent can understand, maybe not agree with, but understand is when the boy smiles at him, and he loses control.  Now, from my experience, the boy may smile just out of nervousness, or it may be out of total disrespect for the adult.  And when you consider all the boy’s friends are present, he is feeling the pressure with his peers around him.  He does not want to be humiliated or embarrassed publicly.  Also, the boy is thinking there is no way this guy would dare touch me in front of all my friends with cameras on otherwise he would not let the other person get that close to him.  And Mark is most likely thinking of protecting his precious daughter.  With two different outlooks of the scenario, there is a recipe for an explosion like this.  It is the ultimate conflict between one protecting a loved one the other protecting his reputation. The one side will be much more volatile or have the mindset to snap if cornered as Mark felt that smile from the “kid” gave.

Consider as a parent after months and months of this building, the emotion it brings, the desire to protect your child.  Yes, you have alternatives, and while I do not know all the steps the family took to deal with it, there are countless stories where parents have gone to the school administration, have gone to the teachers, have gone to the police, and even the parents of the bully with little to nothing done until something tragic like this happens or worst-case scenario where the child takes their own life.

While I do not agree in how he confronted the child, I UNDERSTAND the emotion that must have been building to that point and how if I put myself in front of the youth receiving a similar reaction from the boy, how I could react the same.

Mark’s daughter also expressed how she did not know how to tell her parents about the bullying not wanting to stress them out.  Kids often worry about their parents, and we need to remember they are kids.  We can’t expect the kids to tell the parents right away.  Think when you were a child and how confusing many simple life issues seemed to be to begin with, then dealing with an emotional, life-changing issue like bullying is much more than most kids are prepared to handle.  They may fear not being listened to, or having their fear dismissed as part of growing up, or the child might even fear the parent harming the bully and bringing all this attention to themselves as the reason which can bring humiliation and embarrassment.

Our best opportunity to help our kids is by looking for or noticing the signs they are being bullied.

–  Are they isolating themselves at home? Alone in the room with access to social media will increase their feelings of despair when they see the repeated cyberbullying over and over hoping it will stop.  Hope is useless and will do nothing to resolve the issue.

– Do they show any of these signs of depression?

– The mother said she noticed lots of tissues which is cue.  Other cues might be clear if you look for ones out of their normal routine.  It may be different for each child.

I understand the father’s reaction. If you are aware of yourself and how you might react, I encourage you to not put yourself in that situation because how you think you will react is not the same as how you will most react.  The father was lucky in that it ended up with him being charged with assault, but thankfully no time in jail. As he says in the full interview, he “snapped”.  I fear if there was no one there to stop him, it could have ended up much worse with a father and husband in jail.  That would have further put the entire family into more despair, particularly the daughter.  Kids often find a way in their minds to make it their fault.

Every family dynamic is different, but we need to create an environment where the child feels safe expressing their fear, thoughts, and feelings without judgement.  And while an adult might feel letting their child know you will deal with the bully is effective, it might have the opposite effect out of fear that it will only bring more attention to their bullying, thus increasing the bullying.  We need to listen with empathy, support, and then develop a plan as I mentioned earlier on who you may report it to.  If that gets no results, I wish there was a definite answer.  You may approach the media, but again understand you need to take your child’s concerns into matter, and all the while supporting their understanding in, they have done nothing wrong.  I wish there was a simple answer, but there is not.  But if we do nothing, it will most often get worse.  And by doing the wrong thing, it might also get worse.  Support, listen, talk and love our kids.   Help them understand their worth, value, they are loved, but take the steps to protect them and help build their confidence.

Where bullying used to just be in person, which is bad enough, now it is also rampant on social media through cyberbullying.  There is access to bullying for the victim 24/7 and ability for bullies to do it 24/7.  It does not equip our youth and many adults to deal with bullying.  There is so much bullying now that we are becoming blind to it unless it affects us.  When the line gets mixed up between real bullying and experiences that are part of growing up and learning to become a productive adult, the serious bullying gets lost in the mix.

One example of where I see the two getting confused is, I once had a parent tell me that her daughter received a suspension for giving what the school principal considered a “bullying look” to another student.  Now, if we take measures like that for a “look”, we will lose the true victims of bullying and redefining what bullying is. Then you have the other extreme, countless stories of young people being bullied to the maximum where the victims sees no alternative than to take their own life because the “system” has failed them or people did just not know what to do.   One is a serious issue where the other is learning to deal with the realities of life.In closing, it is too simplistic to say the father should or should not have reacted that way.

Once again, I understand how he reacted, and can’t say I would not have done the same thing, but I hope with my understanding I would not put myself in that situation with knowing how it will end up affecting those I love the most.